Often when watching chess video lectures, I hear the advice of not capturing the opponent’s piece in favor of putting more pressure, for example, to get a more decisive attack. Also, often we hear the phrase:

When you see a good move, look for a better one

and sometimes this good move can be a capture, but the better move is not a capture. The simplest example is probably going for a checkmate attack and ignore the opponent’s hanging Queen.

Having these ideas, I thought that we can try to form a hypothesis:

Let’s see if we can prove it using real data.

Our data source is Lichess game database, specifically games played in October 2020 on Lichess. In order to have a more representative sample, we discard bullet games, and we take a sample of 2M remaining games. Next, we remove Elo outliers - in this case, the remaining players have Elo ranging from 1000 up to 2650.

The complete source code for this experiment in the notebook form is available here: https://github.com/chessvision-ai/average-number-of-captures-by-elo

The plot generated by the provided source code: 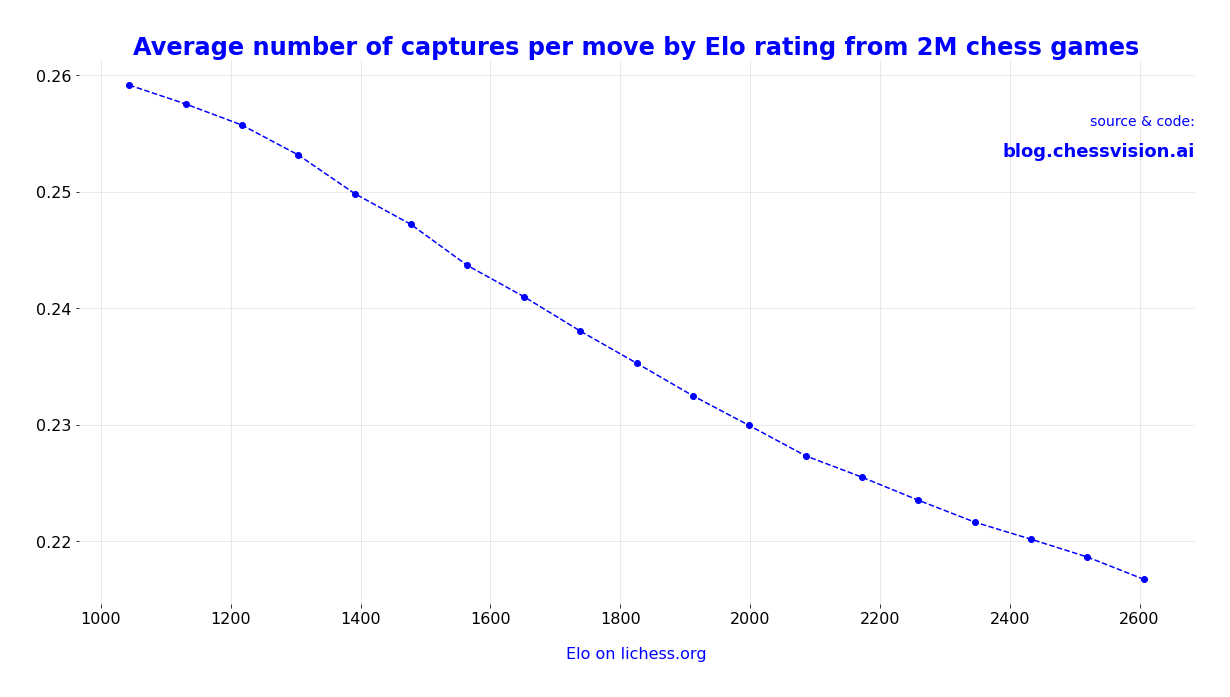 A few weeks ago I was thinking about imbalances and asymmetries in chess, how they are created and how one can use them to their advantage. For example, trad...

chessvision-ai-bot predicts whose turn is it from highlighted squares

So far the bot has been predicting whose turn it is only from the post title. It was simply looking for phrases like “white to play”, “for white”, etc. Now i...